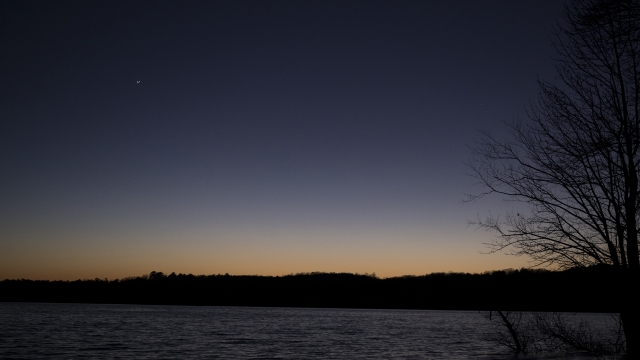 When two planets are closely aligned, it's called a conjunction. Your next chance to see one like this will be March 2080.

If you looked at the sky last night, you likely saw you could see a star that was brighter than all of the others – except it wasn't a star.

It was actually two planets that were closely aligned, called a conjunction.

Take a look. You can see the that Jupiter and Saturn appear next to each other.

They haven't been in a close alignment like this since the early 13th century and your next chance to see a conjunction like this – March 2080.