What Is Juneteenth And Why Do We Celebrate It? 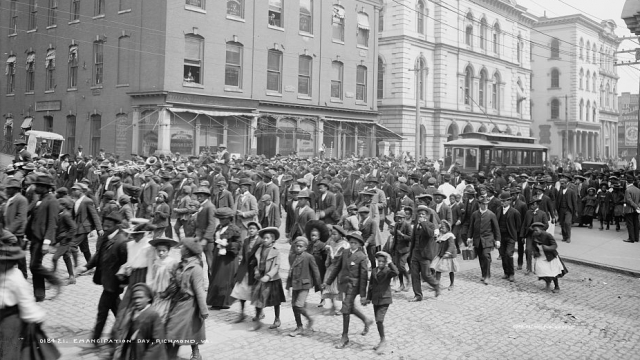 On June 19, 1865, Maj. Gen. Gordon Granger unknowingly established the oldest known celebration commemorating the end of slavery in the U.S.

Juneteenth is the oldest known celebration marking the official end to slavery in the U.S.

Once there, Granger read aloud the General Orders, No. 3: "The people of Texas are informed that, in accordance with a proclamation from the Executive of the United States, all slaves are free. This involves an absolute equality of personal rights and rights of property between former masters and slaves."

Two and a half years earlier, then-President Abraham Lincoln issued the Emancipation Proclamation, ending slavery in Confederate-held states. But it didn't immediately go into effect in Texas — partly because news traveled slowly and there weren't enough Union soldiers to enforce the order.

An estimated 250,000 slaves were emancipated on June 19, 1865, though some slave owners kept the information to themselves until after the harvest season. Upon hearing the news, celebrations broke out among the newly freed people.

One person is quoted in a historical essay, saying: "The way it was explained to me, the 19th of June wasn't the exact day the Negro was freed. But that's the day they told them that they was free… And my daddy told me that they whooped and hollered."

In December 1865, the U.S. government ratified the 13th Amendment, officially abolishing slavery. Celebrations on June 19 took place the following year, and the holiday stuck. It's commonly known as Juneteenth — you know, June plus the nineteenth.

Texas was the first state to make Juneteenth an official holiday. Most U.S. states recognize Juneteenth as either a state or ceremonial holiday or a day of observance. It's also known as Emancipation Day or Freedom Day, and has become the most prominent day marking the freedom of slaves in the U.S.

According to the official Juneteenth website, the holiday celebrates black freedom and achievement, while encouraging continuous self-development and respect for all cultures. The holiday has almost always focused on education and self improvement. Some have called for it to become a national holiday with celebrations on par with July 4th.

Nowadays, Juneteenth is marked by celebrations large and small throughout the country, including parades, barbecues and, even, rodeos.