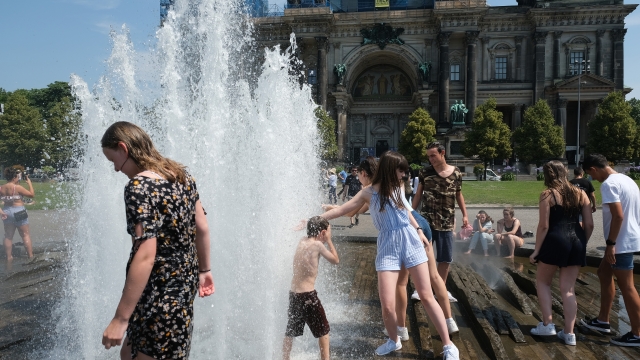 June 2019 was the warmest June ever, and as global temperatures go up, so does the world's odds of experiencing extreme weather.

That record considers both land and ocean temperatures and data records going back to 1880. The National Oceanic and Atmospheric Administration said the global temperature this past June was 1.71 degrees Fahrenheit above the average for the 20th century.

That might sound like a small number, but it's a big deal. Global records average the temperatures from around the world. So this record includes the contiguous U.S. which had a cooler than average June, Alaska where residents experienced record-setting heat, and Europe, where they saw an "unprecedented" increase in temperatures that shattered the previous record.

It's normal to have some heat waves during the summer, but as Ahira Sanchez-Lugo from NOAA's National Centers for Environmental Information told Newsy, the concerns go beyond how high the mercury will rise. She said, "As the climate gets warmer, we are changing the odds to more extreme heat, and also increasing our chances of having more intense and frequent drought and even ... more frequent and intense precipitation."

It's too early for scientists to concretely say whether June's record temperatures are directly linked to climate change. But we do know climate change is increasing our odds of experiencing extreme weather.