July Was The Hottest Month Ever Recorded 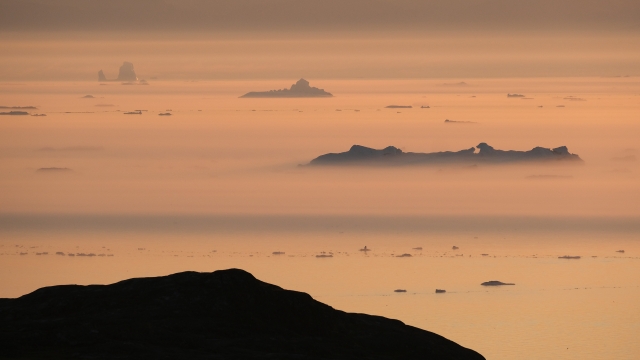 July was the hottest month ever recorded, according to the National Oceanic and Atmospheric Administration.

The government agency says it marks the 415th consecutive month that has been above the global average. The average global temperature was over 1.7 degrees higher than the 20th century average.

That doesn't sound like much — but consider all the extreme weather in July. Record-breaking heat in Europe, wildfires in the Arctic and record-low sea ice in both the Arctic and Antarctic. All of that during a time when an El Niño event wasn't active.

The El Niño bit is important — the climactic event means warmer temperatures worldwide. But the head of climate monitoring for NOAA told the Washington Post the lack of a strong El Niño event means the record temperature is "almost entirely due to climate change."

Scientists have monitored global heat since 1880, and it looks like not only was July hot, but 2019 is set to be one of the top five hottest years on record.