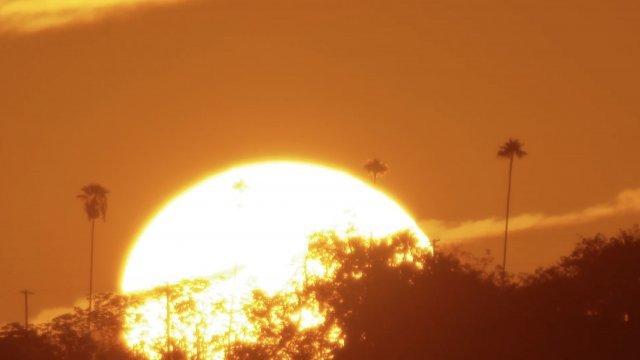 The National Oceanic and Atmospheric Administration says the average temperature in the Golden State in July was 79.7 degrees. That broke the previous record set in 1931.

But Death Valley one-upped the state. Its average temperature for the month was 108.1 degrees — the hottest anywhere in the world.

The heat certainly contributed to California's intense wildfire season, as two of this year's worst fires started in July. The Carr Fire is burning near Redding, California. It's burned nearly 180,000 acres and is responsible for eight deaths. The Mendocino Complex fire is the largest fire in California's history at more than 300,000 acres.