Julian Assange Steps Down As Editor Of WikiLeaks 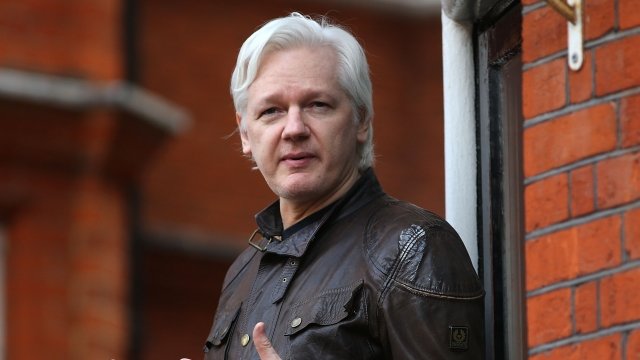 SMS
Julian Assange Steps Down As Editor Of WikiLeaks
By Audrey Esther
By Audrey Esther
September 27, 2018
The longtime editor of the site didn't have internet access for months.
SHOW TRANSCRIPT

Julian Assange has stepped down as editor in chief of WikiLeaks.

In a statement, WikiLeaks said he's stepping down because for the past six months the Ecuadorian embassy has "arbitrarily detained" Assange.

In March, Ecuador cut off Assange's internet access after he posted critical tweets about the U.K. government. So he hasn't been able to contact anyone except his lawyers.

Since 2012, he's been living at the Ecuadorian embassy in London. He faces questioning for alleged sexual assault, and also said he fears being extradited to the U.S. because WikiLeaks published classified information.

WikiLeaks says Assange appointed Icelandic investigative journalist Kristinn Hrafnsson as it's new editor in chief, but Assange will continue to be its publisher.