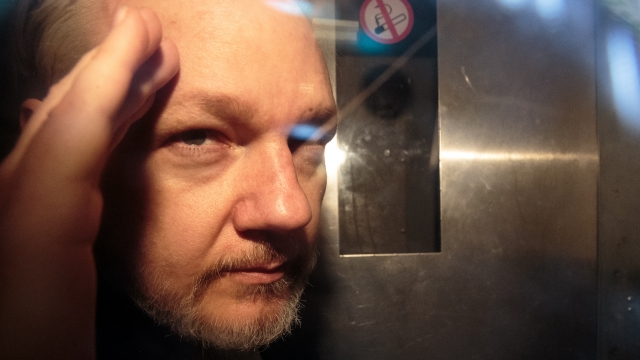 The U.S. previously charged Assange with conspiracy to commit computer hacking. In April, prosecutors accused him of working with former Army intelligence analyst Chelsea Manning to crack a password to a U.S. government computer in an effort to obtain classified information. Manning ultimately pleaded guilty to giving WikiLeaks thousands of sensitive documents, including reports on the Afghanistan and Iraq wars and information on Guantanamo Bay detainees.

The new, expanded indictment alleges Assange actively encouraged Manning to obtain classified documents. It also brings charges against Assange for having unauthorized possession of classified information and for publishing that info — some of which included the names of human sources, putting them at risk.

Press freedom advocates criticized have the charges. They say if Assange is convicted, it could spell trouble for journalists trying to hold governments accountable.

WikiLeaks responded to the new charges, saying: "This is madness. It is the end of national security journalism and the first amendment."