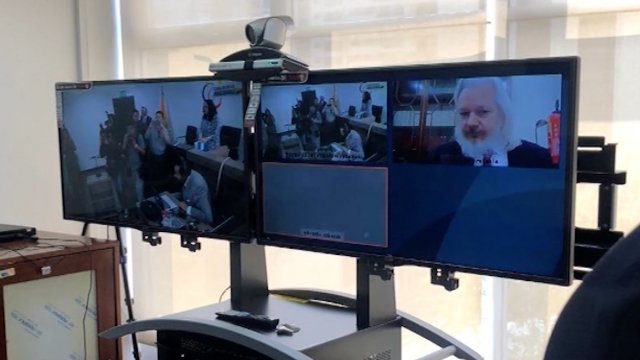 This week Julian Assange appeared by videolink to appeal a new set of rules he must adhere to in order to continue living at the Ecuadorian Embassy in London.

A judge issued the rules back in October. They require Assange to pay his own medical bills, get prior approval for any visitors, clean his bathroom and take better care of his cat. If he doesn't follow the new "house rules," the Ecuadorian government says it will suspend his asylum.

Assange has been living at Ecuador's Embassy in London since 2012. He faces questioning for alleged sexual assault and also said he fears being extradited to the U.S. because WikiLeaks published classified information.

The Ecuadorian court has several days to rule on Assange's appeal.

In a letter, Sens. Chuck Schumer, Dianne Feinstein, Dick Durbin and others listed several questions about Assange and Paul Manafort they want Pompeo to answer during next week's State Department briefing. They want to know whether Pompeo spoke with the foreign minister about Manafort reportedly visiting Assange, and they requested the complete unedited log of Assange's visitors at the embassy and any security camera footage that may relate to the visitor logs.