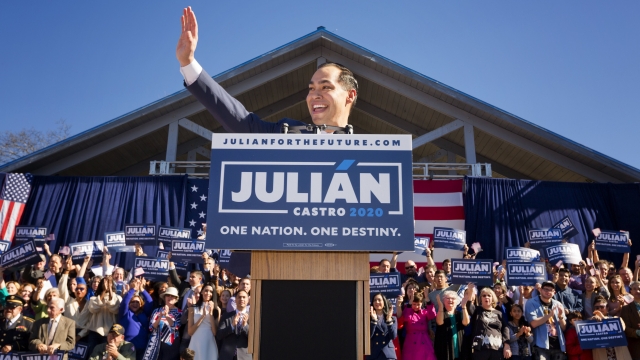 Julián Castro is ending his presidential bid. He made the announcement in a campaign video Thursday.

Castro said in the announcement: "We've shaped the conversation on so many important issues in this race, stood up for the most vulnerable people, and given a voice to those who are often forgotten. But with only a month until the Iowa caucuses, and given the circumstances of this campaign season, I've determined that it simply isn't our time."

Castro rarely polled above 2% support during his yearlong run. His low numbers disqualified him from the November and December debates, despite meeting the donation criteria.

Castro — who served as Secretary of Housing and Urban Development under President Obama — was the only Latino candidate running in the Democratic primary.

The New York Times notes that Castro's appeal to Latino voters could make him a strong vice presidential pick for the Democratic nominee.