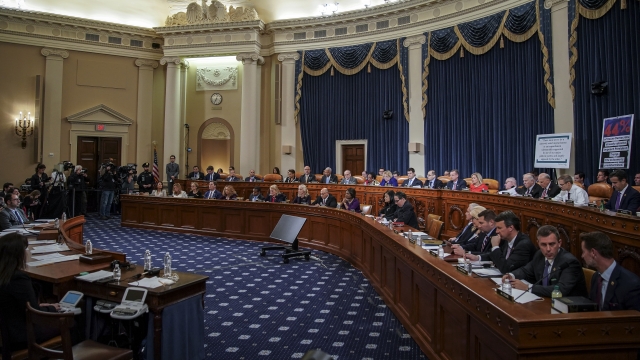 "Over the past 94 days since the House investigation began — indeed, over the last three years — one indisputable truth has emerged. If we do not respond to President Trump's abuses of power, the abuses will continue. We cannot rely on an election to solve our problems when the President threatens the very integrity of that election," Rep. Jerry Nadler said, chairman of the committee.

The articles charge the president with abuse of power and obstruction of Congress. Every member of the Judiciary Committee gave an opening statement. Democrats highlighted the delayed Ukrainian aid, public statements made by the president and their belief in the need to move forward now.

"The President's abuse of power and obstruction of Congress are not only high crimes, they're crimes in progress. Right now, President Trump declares his conduct perfect indeed absolutely perfect. He says, 'Read the transcript' when the transcript is proof positive of his guilt," Rep. Jamie Raskin said.

Republicans called the impeachment inquiry a sham. They criticized the process and the charges filed against the president as vague, and they called his actions unimpeachable.

"There's no allegation of bribery in these articles. There is no allegation of extortion and define for themselves what a high crime and misdemeanor will be. This bar is so low that what is happening is that a future president can be impeached for any disagreement, when the presidency, and the House of Representatives are controlled by different parties," Rep. Jim Sensenbrenner said.