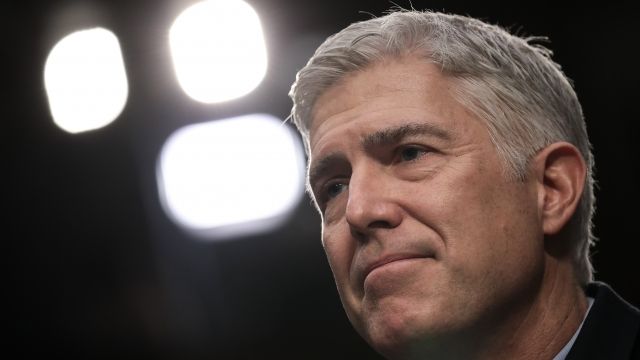 On Monday, the 20 members of the committee voted along party lines to recommend Judge Neil Gorsuch for approval in the full Senate. All nine Democrats opposed his nomination.

But Gorsuch's journey to the highest court in the land still faces another major roadblock.

Democrats could try to block his nomination with a filibuster. In that case, Republicans would need to invoke the cloture rule to end debate on his nomination, and that requires 60 votes.

Republicans hold 52 seats in the Senate, so they'd need the support of at least eight Democrats.

If they can't end the filibuster, the GOP could use the so-called "nuclear option." That would change the rules of the Senate to allow them to end debate on Gorsuch's nomination with a simple majority vote.

"We will not have a successful filibuster of a Supreme Court nominee because if we have to we will change the rules, and it looks like we're going to have to," Sen. Lindsey Graham said during his statement before the committee's vote on Gorsuch. 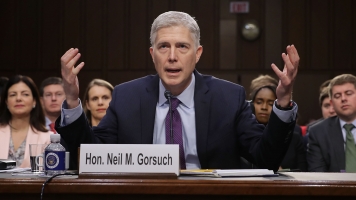 During the Obama administration, the Democrats invoked the nuclear option for approval of all presidential nominations except Supreme Court nominees, allowing the Democratic majority to end filibusters for former President Barack Obama's nominees with a simple majority of just 51 votes.

Once cloture is invoked, with or without the nuclear option, Gorsuch needs the support of 51 senators to be confirmed.