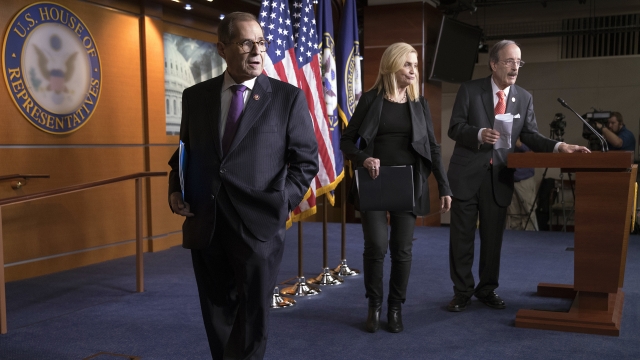 The testimony phase of the impeachment inquiry is over for now.

A vote could still be weeks away. The House's official impeachment resolution says the Intelligence, Foreign Affairs and oversight committees must issue a public report on their findings and then send any recommendations to the Judiciary Committee. The Democratic majority of the committees will use the information gathered from both closed-door and public testimony to draw conclusions. Republican support of the president, on any committee, appears steadfast.

The Judiciary Committee will then take the report and decide whether it should draw up articles of impeachment and what those articles will be. Experts have long speculated obstruction of justice will be considered, something House Intel Committee Chairman Adam Schiff pointed out in his open letter Monday. The Judiciary Committee set its first public hearing for Wednesday, Dec. 4.

But looming court battles hang over this inquiry. A judge ruled Monday former White House counsel Don McGahn must testify before Congress, though the Justice Department is appealing the decision. Newsy has learned Democrats want to vote on impeachment before Christmas. Chairman Schiff says there is a chance the process could be delayed.

If the full House votes to advance each article of impeachment, the Senate will take up the articles in a trial format. The president can only be removed from office with a two-thirds vote in the Senate.