Judges To Decide If WH Employees Can Ignore Congressional Subpoenas 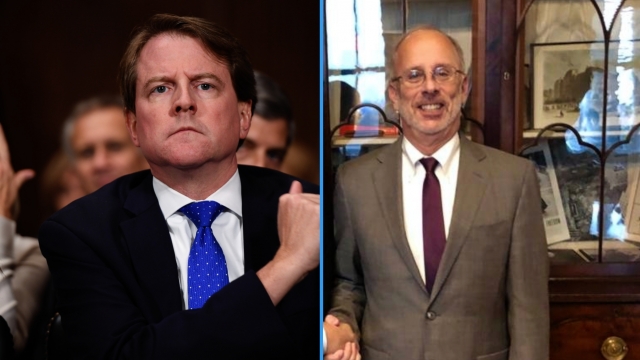 Two judges in Washington, D.C., are on track to play a big role in how much people cooperate with the House's impeachment investigation.

McGahn was subpoenaed by the House Judiciary Committee in April as part of its investigation into possible obstruction of justice by President Trump. Lawmakers wanted him to turn over documents and testify in May, but he didn't comply. Kupperman was subpoenaed on Oct. 25 as part of the official impeachment inquiry, and he failed to appear at his scheduled deposition on Oct. 28. In both cases, the White House told them not to comply with the subpoenas.

McGahn's case reached federal court in August when the Judiciary Committee filed a lawsuit against him. The committee wants a federal judge to force him to comply with the subpoena. The complaint says, "The President's claim that McGahn is entitled to 'absolute immunity' has no basis in law, and no court has ever accepted this type of blanket claim in response to a Congressional subpoena."

The case with Kupperman is effectively the opposite. He filed the civil case with the D.C. district court himself. Kupperman wants the judge to tell him whether or not he should comply with the House subpoena.

His initial court filing says he "obviously cannot satisfy the competing demands of both the Legislative and Executive Branches, and he is aware of no controlling judicial authority definitively establishing which Branch's command should prevail."

For months, lawmakers have struggled to get witnesses linked to the Trump administration to comply with testimony and document requests. The decisions from the judges in the McGahn and Kupperman cases should resolve a key point of contention: whether or not White House officials have immunity that allows them to ignore congressional subpoenas.