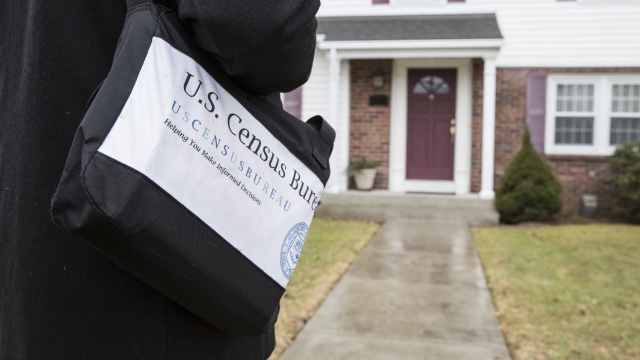 A panel of appellate judges has upheld an order that says the U.S. Census head count can continue through the end of the month.

This is a bit complicated, so let's break it down: For most Americans, the count started in March and was supposed to end in July. The coronavirus pandemic hit, complicating usual door-to-door efforts. So the Census Bureau extended its schedule through Oct. 31 to allow time for an accurate count. The bureau and President Donald Trump acknowledged that it would have been impossible to deliver accurate data for apportionment by the original end-of-year deadline.

Those numbers determine how many congressional seats each state gets.

But in late July, the president threw a curveball. He asked that the count be cut short again, in an apparent effort to meet the original statutory deadline.

Last month, a federal judge ordered that the decennial count must continue through the extended Oct. 31 deadline, but Commerce Secretary Wilbur Ross announced a target date several weeks earlier, anyway. The judge also suspended the year-end deadline and said the apportionment figures needed to be reported at the end of April.

On Wednesday, the panel of judges rejected that provision in the order, saying a court cannot require that a statutory deadline be missed. They did say the Commerce Department may be able to meet its Dec. 31 deadline "with an extraordinary effort or changes in processing capacity," or it could request a deadline extension from Congress or, simply, miss the deadline "due to the extraordinary circumstances of the pandemic."

The ruling said missing the deadline likely wouldn't invalidate the Census count and Congress could approve it later.

The Trump administration has asked the Supreme Court to put a hold on the panel's injunction while it appeals, arguing the Oct. 31 head count deadline will force the Census Bureau to miss its end-of-the-year deadline for delivering Census results.