Judge Won't Force The Government To Pay Workers During Shutdown 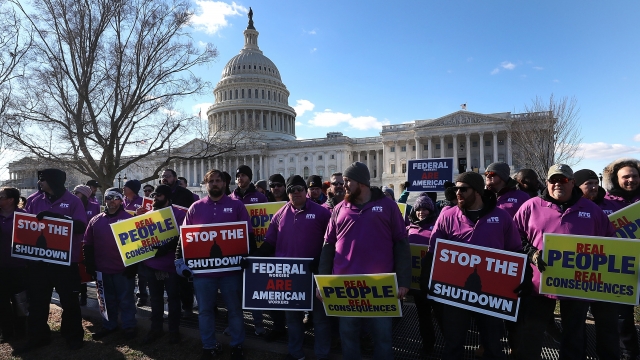 A federal judge has denied requests to make the Trump administration pay federal employees who are working during the partial government shutdown.

On Tuesday, the judge refused to issue temporary restraining orders requested by the National Air Traffic Controllers Association, the National Treasury Employees Union and a group of individual federal workers.

They argued that forcing employees to work without pay during the shutdown violates their constitutional rights and federal law.

The judge said he sympathizes with the plaintiffs, but granting the orders could "create chaos." He added that the judiciary "is not and cannot be another source of leverage."

The partial shutdown, which began Dec. 22, is now the longest in history. It's affecting roughly 800,000 federal employees.