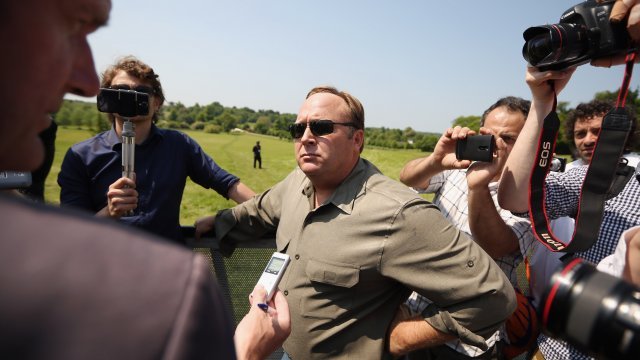 Alex Jones will have to face a defamation lawsuit lodged against him by parents of a child killed in the Sandy Hook Elementary School shooting.

Jones, a far-right conspiracy theorist and host of InfoWars, tried to get the lawsuit dismissed in early August.

Jones has repeatedly claimed the shooting that took the lives of 20 children and six adults was a hoax and that those involved were actors.

He's now admitted the shooting did take place, and his lawyers say his former comments are "rhetorical hyperbole" but fall short of defamation. A judge rejected their request to dismiss the suit.