Judge Who Blocked The First Travel Ban Won't Block The Second ... Yet 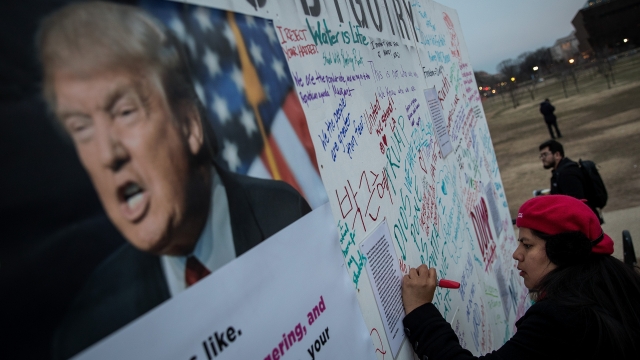 SMS
Judge Who Blocked The First Travel Ban Won't Block The Second ... Yet
By Jake Jones
By Jake Jones
March 11, 2017
The Seattle judge who blocked the Trump administration's first travel ban requires that a new motion be filed before he rules on the second.
SHOW TRANSCRIPT

A U.S. judge will not issue an emergency order to halt the Trump administration's second travel ban — at least for now.

U.S. District Judge James Robart, who issued a restraining order on the first ban, declined to extend that order to cover the second. He said before he can rule on the issue, a new complaint or motion would have to be filed.

Robart is a holdover from the George W. Bush administration. He was nominated to his judgeship in 2003.

The second travel ban is more narrowly written than the first; six of the seven original Muslim-majority countries are included. Iraq was omitted after it agreed to increase visa screenings and data sharing.

And while the ban still temporarily suspends the U.S. refugee program, it no longer bars Syrian refugees indefinitely.

The new travel ban is set to take effect March 16.