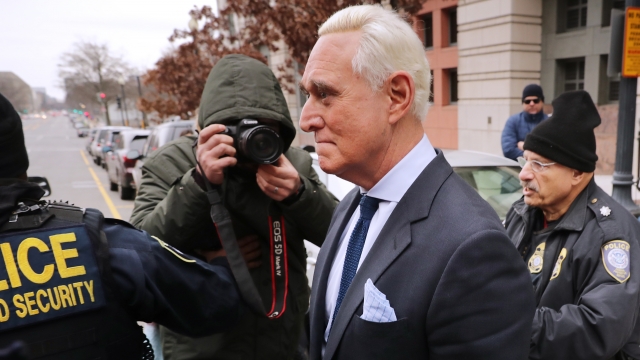 A federal judge has ordered prosecutors in the Roger Stone case to turn over unredacted sections of special counsel Robert Mueller's report.

In court papers filed Thursday, U.S. District Court Judge Amy Berman Jackson ordered them to give her the parts of Mueller's report that deal with Stone or "the dissemination of hacked materials" that were leaked before the 2016 election. She said she wants that info by Monday.

Prosecutors already rejected a request from Stone's attorneys to view the full Mueller report. Jackson said she wants to privately review the sections of interest before deciding if Stone's legal team is privy to any of the information.

Stone, a longtime associate of President Donald Trump, was indicted back in January on seven counts brought by Mueller's team, including making false statements, witness tampering and obstruction of an official proceeding. He has pleaded not guilty.