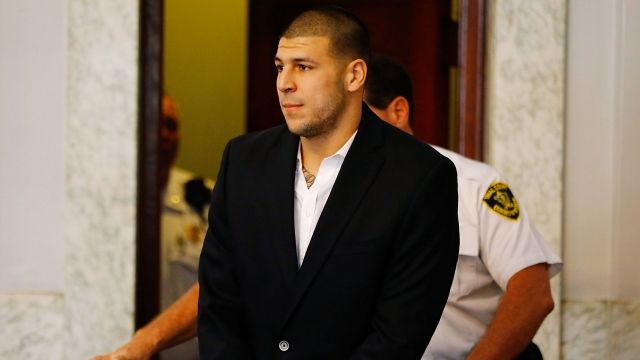 Former NFL star Aaron Hernandez may have died in prison, but according to the state of Massachusetts, he's now technically considered innocent.

A judge vacated Hernandez's murder conviction because of a rule that says a conviction should be thrown out if someone dies while still appealing it.

That could have a big impact on the civil trial against Hernandez. His estate is being sued for wrongful death by the family of Odin Lloyd, the man he was convicted of killing.

A murder conviction typically leads to a loss in civil trials, but now the family won't be able to use it. That makes it tougher for the plaintiffs to prove Hernandez was at fault for Lloyd's death. 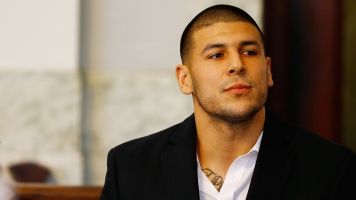 Aaron Hernandez's Brain Will Be Donated To CTE Research

In April, Hernandez was acquitted of a separate 2012 double homicide. Days later, he committed suicide in his prison cell.

The New England Patriots refused to honor his contract, so after two expensive murder trials, court filings claim Hernandez's estate has no money. But he did own a house worth $1.3 million that his fiancee is trying to sell. Lloyd's family is suing for the proceeds of that sale.

At the end of his suicide note to his fiancee, Hernandez wrote "you're rich." It's not exactly clear what he was talking about. Prosecutors say they will appeal to try to get Hernandez's conviction reinstated.