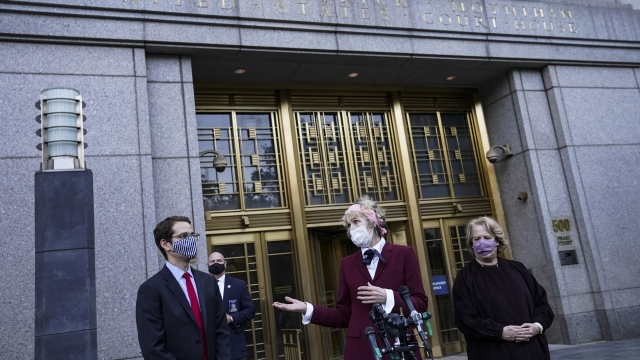 SMS
Judge: U.S. Can't Replace Pres. Trump In Defamation Suit
By Gage Jackson
By Gage Jackson
October 27, 2020
E. Jean Carroll has accused Pres. Trump of raping her in the 1990's, something he has denied and said was made up to sell a memoir.
SHOW TRANSCRIPT

A federal judge has denied the Justice Department's request to replace Pres. Trump as the defendant in a defamation lawsuit.

Magazine columnist E. Jean Carroll accuses the president of raping her in a Manhattan department store in the 1990s – something he says is total lie to help her sell a memoir.

The Justice Department argues that the U.S. should replace Pres. Trump as the defendant because he was forced to respond to the lawsuit while president. But the judge ruled that the law protecting federal employees from being sued individually does not apply to the president.

He wrote, "The President of the United States is not an employee of the Government within the meaning of the relevant statutes. Even if he were such an employee, President Trump's allegedly defamatory statements concerning Ms. Carroll would not have been within the scope of his employment."