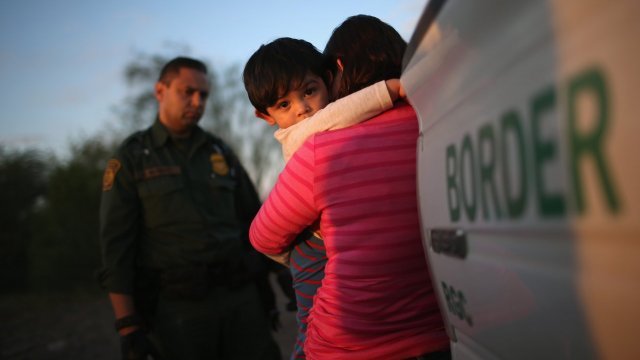 A U.S. district judge ruled the Trump administration is responsible for reuniting hundreds of parents and children who immigration officials separated at the U.S.-Mexico border.

During a court hearing on Friday, Judge Dana Sabraw said the U.S. government "has the sole burden and responsibility and obligation" to reunite these families, not immigration advocacy groups as the Department of Justice had claimed.

The DOJ argued in court documents filed Thursday that the ACLU should use its "network of law firms, NGOs, volunteers and others" to track down the more than 500 parents who in many cases have been deported.

But the ACLU argued the government "must bear the ultimate burden of finding the parents," which the judge appears to have agreed with.