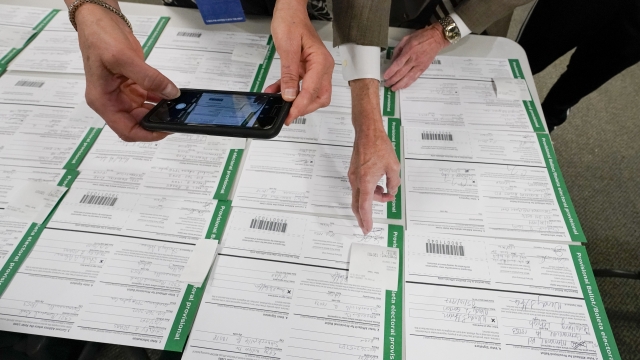 A federal judge threw out a Trump campaign lawsuit — attempting to prevent Pennsylvania's election results from being certified.

At the request of Pennsylvania's Secretary of State, U.S. District Judge Matthew W. Brann dismissed the lawsuit, saying it was "stitched together" like "Frankenstein's monster."

The campaign claimed voters in some Democratic-majority counties allowed voters to correct minor errors in their ballots, which disadvantaged Republicans.

Brann criticized the Trump campaign for using “strained legal arguments without merit and speculative accusations” to try to invalidate millions of votes in Pennsylvania.

He said: “In the United States of America, this cannot justify the disenfranchisement of a single voter, let alone all the voters of its sixth most populated state.”

President Trump tweeted his campaign "WILL APPEAL" the decision by the judge, who is a former state GOP official appointed to the bench by then-President Barack Obama.

The president trails President-Elect Joe Biden in Pennsylvania by over 80,000 votes. Counties are slated to file their official election results by Monday.