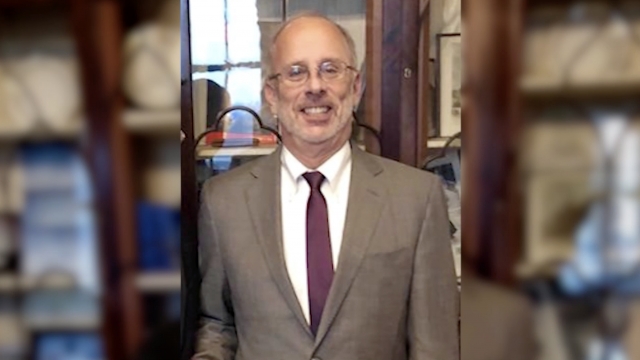 SMS
Judge Tosses Lawsuit From Ex-Deputy National Security Adviser
By Katherine Biek
By Katherine Biek
December 31, 2019
Charles Kupperman wanted a judge to rule on whether he was required to comply with a House subpoena to testify in the impeachment inquiry.
SHOW TRANSCRIPT

A federal judge has tossed out a lawsuit from Charles Kupperman. The former deputy national security adviser had been seeking a ruling on whether he was required to comply with a House subpoena to testify in the impeachment inquiry.

At the time, Kupperman was the top aide for then-National Security Adviser John Bolton. The Trump administration ordered Kupperman not to comply with the subpoena, saying he was entitled to constitutional immunity.

But the House Intelligence Committee has since withdrawn its subpoena — ultimately making the case moot. And the judge agreed, writing, "Kupperman no longer faces the 'irreconcilable commands' of two coordinate branches of government ... and he accordingly lacks any personal stake in the outcome of this dispute."

Kupperman had urged the judge to issue a ruling despite the subpoena withdrawal, arguing that lawmakers could either reissue it or punish him by holding him in contempt of Congress. But the judge said Kupperman's argument lacked merit since the House has repeatedly said it does not need to hear from him.