Judge Threatens To Keep Carnival Cruise Ships From US Ports 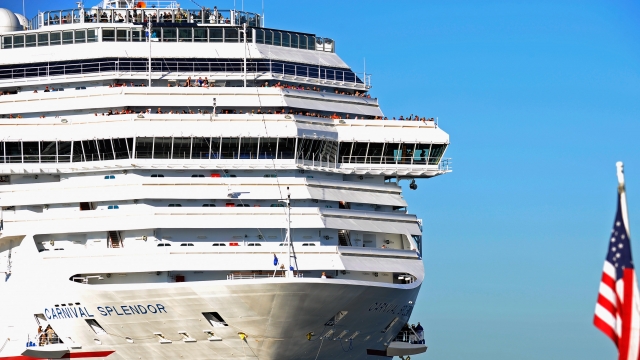 SMS
Judge Threatens To Keep Carnival Cruise Ships From US Ports
By Alec Larson
By Alec Larson
April 12, 2019
The judge's proclamation comes in response to possible violations of probationary terms the company agreed to in 2017.
SHOW TRANSCRIPT

A federal judge told Carnival cruise lines that it may eventually be banned from U.S. ports on Wednesday over possible violations of its probation.

According to a report from the Miami Herald, the company broke it's probationary terms when it sought "to avoid unfavorable findings by preparing ships in advance of court-ordered audits, falsified records, dumped plastic garbage into the ocean and illegally discharged gray water" into a national park in Alaska. The company has since acknowledged the violations in court documents.

In a statement to CNN, the company responded by saying "Our environmental responsibility has been and remains a top priority for the company. ... We look forward to clarifying any issues and demonstrating our commitment."

The company originally agreed to probationary terms as part of a 2017 settlement. It ended up agreeing to pay $40 million as a result of actions that included using its Princess Cruises ships line to illegally dump oil into the ocean and then lying to officials about it. The Department of Justice said it was the largest criminal penalty ever for vessel pollution crimes.

During the hearing, Judge Patricia Seitz told Carnival that she would make a decision on whether to revoke the company's probation and ban them from American ports at a hearing in June.