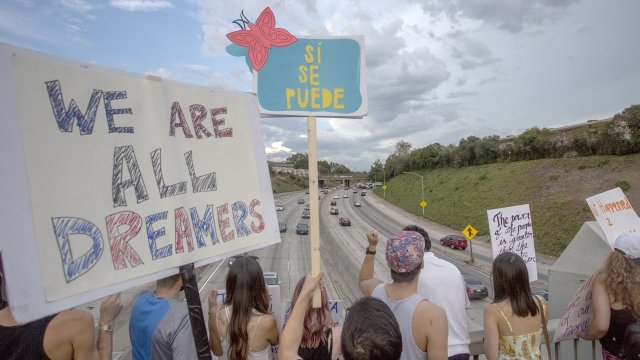 In September, the administration announced it would rescind the Obama-era program that allowed some undocumented immigrants who were brought to the country as children to remain in the U.S. The rollback was set to take effect in March.

Late Tuesday, a federal judge in California ruled the administration needs to resume receiving DACA renewal applications. Unless this ruling is halted by a higher court, it means recipients who failed to renew their permits by the Oct. 5 deadline now have a chance to do so.

The ruling was a response to the lawsuit from former Secretary of Homeland Security Janet Napolitano and the University of California system regents.

In response to the ruling, a Department of Justice spokesperson told CNN the DHS "acted within its lawful authority in deciding to wind down DACA in an orderly manner." The DOJ is expected to appeal the order.

Correction: A previous version of this story incorrectly said the judge's order did not apply to new renewal applications. The story has been updated.