Judge: Trump Should Try Muting Critics On Twitter Instead Of Blocking 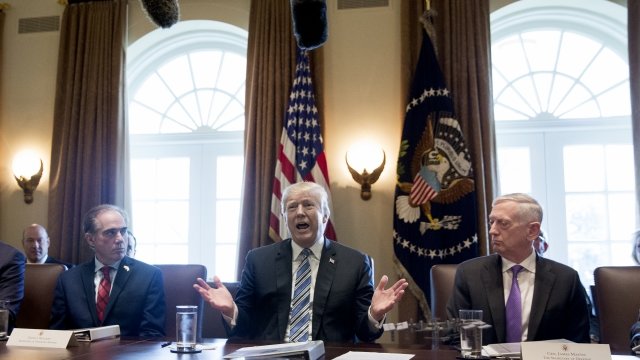 SMS
Judge: Trump Should Try Muting Critics On Twitter Instead Of Blocking
By Lindsey Pulse
By Lindsey Pulse
March 9, 2018
President Trump is facing a lawsuit that argues him blocking people on Twitter is unconstitutional. A federal judge wants the case settled.
SHOW TRANSCRIPT

President Donald Trump might want to try muting his critics on Twitter instead of all-out blocking them — at least if you ask a federal judge in New York.

As Newsy previously reported, Trump is facing a lawsuit that argues his Twitter account is used to communicate important government messages and that blocking critics is unconstitutional because it violates their First Amendment rights.

At Thursday's hearing, the federal judge encouraged the parties involved to reach a settlement. She suggested if they don't work it out on their own, they might not like what she chooses.

The plaintiffs reportedly indicated they might be "OK" with the mute option. A Justice Department attorney representing Trump maintained his argument that the president is well within his rights to block people.