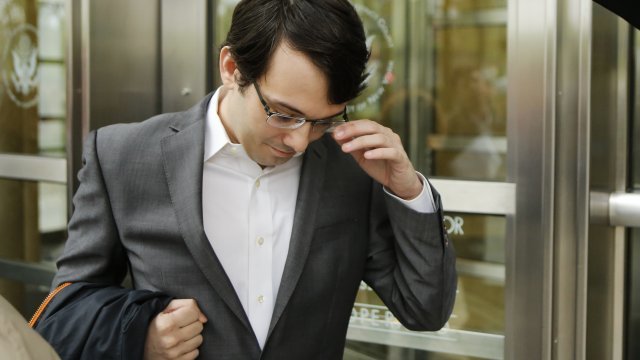 The FBI arrested Shkreli in 2015 on multiple fraud-related charges. He was convicted for deceiving investors in two failed hedge funds.

Shkreli's defense team asked for leniency, using letters from Shkreli and his supporters in hopes of a lesser sentence. His attorney said though he sometimes wants to hug his client and sometimes wants to punch him, his outspokenness shouldn't be used against him.

Shkreli broke down crying during his testimony. He apologized and said: "I was wrong. I was a fool. I should have known better."

Shkreli's sentence is much less than the maximum 20 years he was facing and the 15 years prosecutors said he deserved.