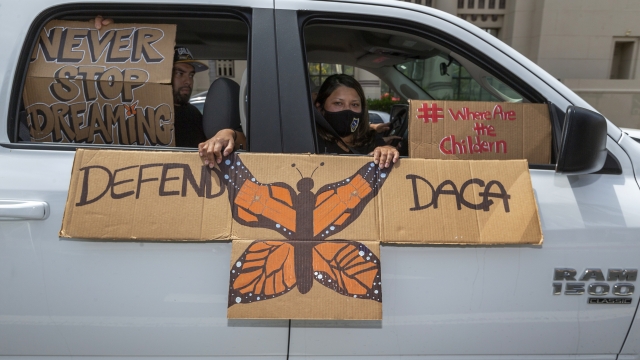 A federal judge is ordering the Trump administration to reinstate an Obama-era order that has protected young undocumented immigrants from deportation.

The U.S. District Judge said the Department of Homeland Security must reinstate the Deferred Action for Childhood Arrivals, or DACA, program. The program allows adults - who were brought to the U.S. as children - to obtain work permits and remain in the U.S.

The judge invalidated a memo sent out by acting Secretary Chad Wolf that barred new DACA applications in July. He gave the department three days to allow new enrollments in the program.

Implemented under President Obama, DACA has shielded 800,000 young people - known as "dreamers" from potential deportation. Applicants for the program must have a high school diploma and a clean criminal record.