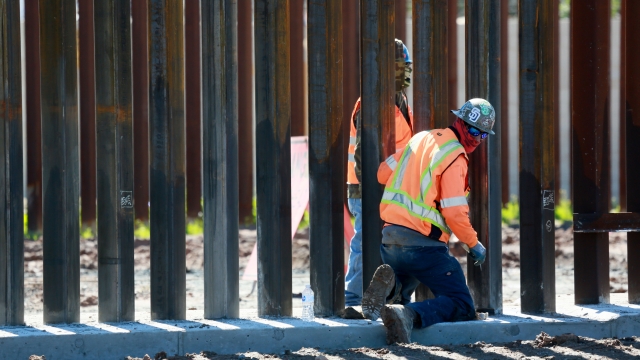 SMS
Judge Rules Trump's Emergency Declaration For Border Wall Was Unlawful
By LeeAnne Lowry
By LeeAnne Lowry
October 12, 2019
El Paso County and the Border Network for Human Rights sued the government for the plan to build the wall.
SHOW TRANSCRIPT

A federal judge has ruled that President Donald Trump violated the law when he declared a national emergency in order to extend the wall at the Mexican border.

El Paso County and the Border Network for Human Rights sued the government over the plan to build the wall, and requested a preliminary injunction to block the national emergency declaration. In January, President Trump requested $5.7 billion to build a barrier at the border, but Congress only granted him about $1.4 billion.

President Trump then declared a national emergency to divert money from military projects for the wall construction. But this lawsuit alleges the declaration doesn't meet the criteria of an "emergency," and that the president overstepped his authority when he declared the emergency to access funds that Congress had already denied.

The judge agreed that Congress made it clear in the budget that border wall funding beyond the allotted $1.4 billion was denied. He gave the plaintiffs 10 days to file for an injunction, which could bar further use of military funds.