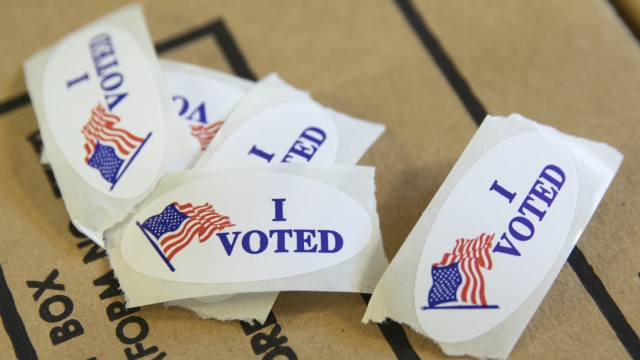 Several other states have also canceled Republican primaries and caucuses next year.

The South Carolina Republican Party will not be holding a 2020 presidential primary, according to a judge's ruling.

On Wednesday, Circuit Judge Jocelyn Newman ruled the law "does not give Plaintiffs a legal right to a presidential preference primary, and the Court will not substitute its own judgment for that of the General Assembly or the SCGOP."

South Carolina's Republican Party voted to cancel its 2020 presidential primary in September. Former South Carolina congressman Bob Inglis, a Republican himself, sued state Republicans earlier this year. He argued canceling it denies him and other voters "of the ability to vote for the candidate of their choice."

In a statement, South Carolina's GOP chairman said: "We are pleased that the judge agreed with us that we don't have to waste taxpayer dollars holding a presidential primary to find out what we already know: that South Carolinians support President Trump."

This isn't unheard of. In the past, Democrat and Republican parties have canceled primaries when an incumbent president from their party has run for re-election. South Carolina's Democratic Party didn't hold a presidential primary in 1996 when President Bill Clinton was in office or in 2012 during the Obama administration.