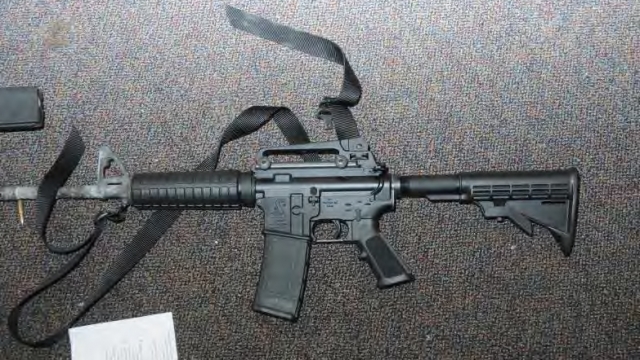 SMS
Judge Rules Newtown Families Can Sue Makers Of Gun Used In Massacre
By Eugene Daniels
By Eugene Daniels
April 14, 2016
The defense invoked a 2005 law that essentially gives immunity to gunmakers from most lawsuits over the criminal use of their guns.
SHOW TRANSCRIPT

A lawsuit against the maker of the rifle used in the Sandy Hook shooting will be allowed to move forward. A judge in Connecticut ruled a federal law that protects gunmakers from lawsuits does not apply to at least one of the prosecution's claims.

The families of nine people killed during the shooting, along with a teacher who survived the attack, argue the rifle used is a military weapon and should have never been sold to civilians.

One of the families' lawyers said, "We are thrilled that the gun companies' motion to dismiss was denied. The families look forward to continuing their fight in court."

The defense invoked a 2005 law, the Protection of Lawful Commerce in Arms Act, that essentially gives immunity to gunmakers from most lawsuits over the criminal use of their guns.

But the plaintiffs say the gunmakers violated the "negligent entrustment" clause in the PLCAA. Basically, prosecutors argue the gunmakers should have known better than to provide the Sandy Hook shooter with access to a military-grade weapon.

That could be a long road for the families. According to The Nation, most negligible entrustment cases happen when a gun shop sells to someone they know shouldn't have it, like someone with a felony record. No one ever sold the rifle to the Sandy Hook shooter; he stole it from his mother.

But the ruling doesn't actually mean the defendants can't use the PLCAA later on in the proceedings. Both sides will be back in court on Tuesday.

This video includes images from Getty Images and clips from WTNH.