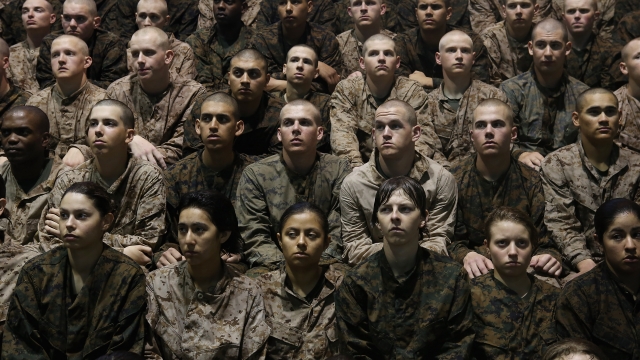 A federal judge in Texas has decided that an all-male military draft is unconstitutional.

In a ruling issued last week, U.S. District Judge Gray Miller wrote historical restrictions on women in the military may have justified past discrimination. But now, he said both men and women are "similarly situated for purposes of a draft or registration for a draft."

He added: "If there ever was a time to discuss 'the place of women in the Armed Services,' that time has passed."

The case was brought by the National Coalition for Men. The group argued that only requiring only men to register for the draft was unfair.

Although there hasn't been a draft since the end of the Vietnam War, the Military Selective Service Act says all American men must register when they turn 18 in case a draft is ever reinstated.

The Pentagon didn't immediately respond to requests for comment on the ruling.