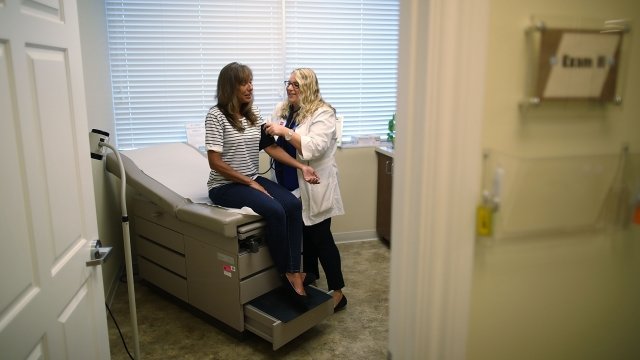 A judge in Maine just gave the state a hard deadline to start the process of expanding Medicaid.

Maine voted to expand it in November, but Gov. Paul LePage didn't want to do it, calling it "fiscally irresponsible."

An early step in the expansion process is notifying the U.S. Department of Health and Human Services, but in almost seven months, that hasn't happened. So a group of organizations and individuals filed a lawsuit against the state's health department.

The state argued that filing wasn't appropriate yet because lawmakers hadn't figured out a way to fund the expansion.

But on Monday, a superior court judge disagreed and said the state's "complete failure to act" does not comply with the voter-approved law.

The judge gave the state until June 11 to submit its plan to the federal government.