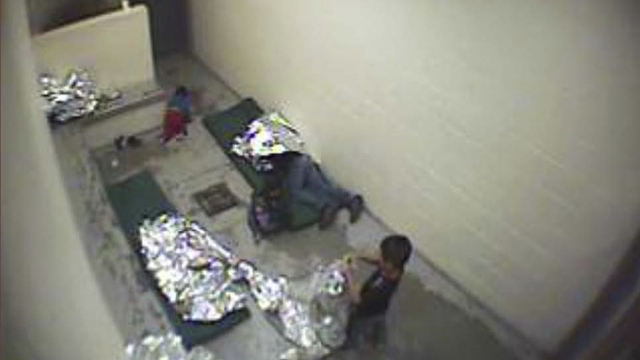 A federal judge has ruled in favor of immigrant advocacy groups in a lawsuit challenging the conditions in some Border Patrol facilities in Arizona.

On Wednesday, U.S. District Court Judge David C. Bury ordered Customs and Border Protection to provide a bed with a blanket, a shower, food, potable water and medical assessment for any migrant detained longer than 48 hours.

The order also makes a preliminary injunction Bury issued back in 2016 permanent. That injunction requires CBP to provide clean mats and thin blankets to migrants held for longer than 12 hours.

The lawsuit, known as Doe v. Wolf, was originally filed in June 2015 by the ACLU of Arizona and several other organizations.

It accuses multiple Border Patrol facilities in Arizona of holding migrants in "inhumane and punitive conditions." Photos submitted as evidence back in 2015 showed rusty toilets, detainees sleeping under aluminum blankets on the floor of a crowded cell, and a woman changing her child's diaper among trash and litter.

Additional reporting by Astrid Galvan of the Associated Press.