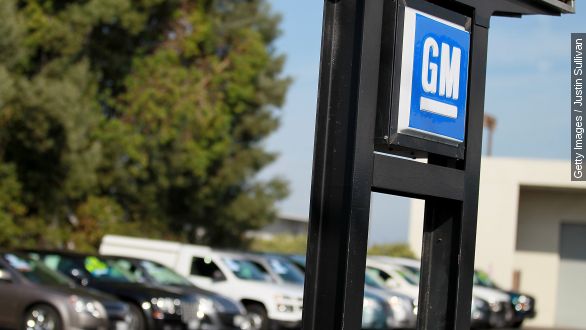 A U.S. bankruptcy judge ruled on Wednesday that General Motors will not have to face lawsuits from the families of many of the victims who died as a result of an ignition switch defect in millions of GM cars. (Video via General Motors)

The ignition switch defect caused certain GM vehicles to turn off while driving, leading to at last count 84 deaths and hundreds of injuries.

Publicly, GM has accepted responsibility and apologized to the families. "That begins with my sincere apologies to everyone who has been affected by this recall, especially the families and friends who lost their lives or are injured," GM CEO Mary Barra said.

Legally, however, the company is acting a little differently, arguing it shouldn't be liable for any of the deaths or injuries that occurred before 2009.

Why 2009? Well, that's when GM collapsed, only to be saved by a plan created by President Obama's economic team. (Video via ABC)

So here's what GM did: It split up into two companies: "old GM," which held most of the debt and filed for bankruptcy, and "new GM," which held everything else, basically giving the company a financial reset.

It's great for GM but a big problem for people who sued them before the 2009. That's because these victims could only sue old GM, which GM argued was protected by a "bankruptcy shield," which protects bankrupt businesses from lawsuits.

U.S. judge Robert Gerber agreed with GM's bankruptcy shield argument in a 138-page opinion that sent GM stocks up more than two percent. The ruling could save the company between $7 and $10 billion in payouts.

But even though the carmaker seems to have saved itself a lot of money, being seen fighting in court against the families of the victims is another blow in what has become a rolling PR disaster.

"At first it was one, and then we were a few. As you see, we are many. And there are still more," said Laura Christian, the mother of victim Amber Rose.

"I feel they were playing God. They decided that it's okay to let these cars go out and it didn't matter to them that people were killed." said Margie Beskau, the mother of victim Amy Rademaker.

The good news for victims is that GM isn't totally off the hook: The company is facing a class action from post-2009 victims, and the U.S. Government is still expected to assess a fine in the billions.