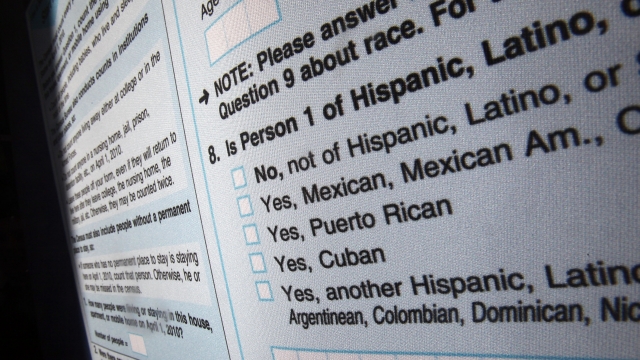 A federal judge has denied the Justice Department's request to switch up its legal team in the census citizenship question case.

On Sunday, a DOJ spokesperson said the agency was shaking up the team of lawyers representing the Trump administration in its ongoing effort to get a citizenship question added to the 2020 census. The agency did not provide any explanation for the change.

And that's exactly why a federal judge rejected the appeal on Tuesday. He said the DOJ "provide[d] no reasons, let alone 'satisfactory reasons,' for the substitution of counsel." He also said the DOJ's argument that swapping out lawyers wouldn't disrupt the case was "not good enough, particularly given the circumstances of this case."

The judge's ruling was a bit surprising given that changing lawyers in civil cases is usually allowed. He did let two lawyers withdraw from the lawsuit, since one had left the DOJ and the other had left the DOJ's civil division.

The Supreme Court ruled in late June that the Trump administration cannot add a citizenship question to the 2020 census unless it provides a valid reason that the question is needed. The DOJ argues the question would help it enforce the Voting Rights Act of 1965. But critics worry it would scare immigrants away from filling it out, leading to inaccurate population counts.

The Census Bureau has already started printing the 2020 census forms without the citizenship question. Despite all of this, President Donald Trump said he would continue his push to add the question, possibly by issuing an executive order or tacking the question onto the census as part of an addendum at a later date. Attorney General William Barr said Monday the Trump administration would decide in "the next day or two" on its legal approach to getting the question on the census.