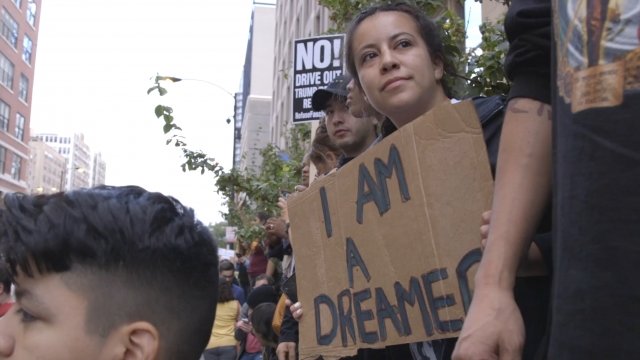 On Tuesday, a federal judge ruled the cancellation of the program unlawful. He said the administration didn't adequately explain why it thought the program itself was unlawful in the first place.

His ruling is the third one like it this year, and it vacates the September announcement that ended DACA in its entirety. That means the administration will have to start accepting new DACA applications.

But there's a major caveat: The judge put a stay on his own ruling for 90 days. That gives the Department of Homeland Security a chance to issue new guidance on why the program needs to end. But if DHS misses that deadline, the judge wrote, "the original DACA program will be restored in full."