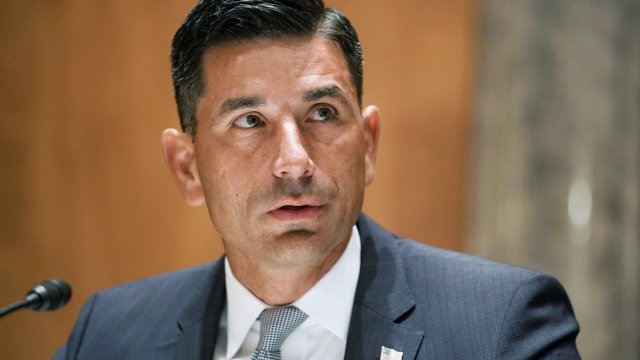 A federal judge ruled Saturday that Acting Department of Homeland Security Secretary Chad Wolf assumed his position unlawfully — and couldn't end the DACA program for young immigrants as a result.

The District Judge in New York said DHS, quote, "failed to follow the order of succession as it was lawfully designated.”

The judge added that, because Wolf was not properly in his role, any actions he took as Acting Secretary lacked "legal authority."

Wolf assumed his acting secretary position in November 2019. In July, he effectively suspended the Deferred Action for Childhood Arrivals, or DACA, program. The Obama-era policy prevents the deportation of young people brought to the U.S. illegally as children.

National Immigration Law Center attorney Trudy S. Rebert said, “This is a victory for our courageous plaintiffs, DACA-eligible youth across the country, and all of our communities. We remain steadfast in our commitment [that] immigrant youth remain safe and have the freedom to thrive here at home.”

Neither Wolf nor DHS have commented on the ruling. Despite Wolf's official confirmation still pending a year later — the agency has maintained he is lawfully holding the position without the Senate's approval.