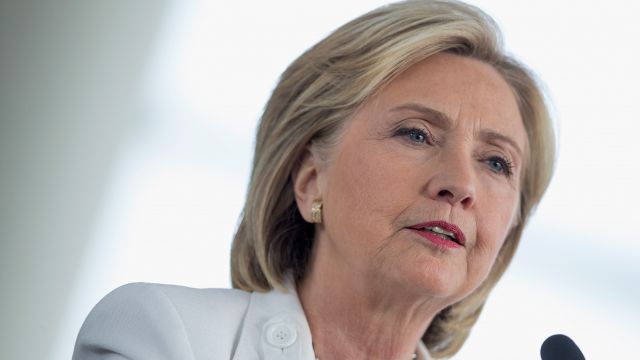 SMS
Judge Rules Clinton Must Face Written Questions About Email Server
By Matt Picht
By Matt Picht
August 19, 2016
The ruling means Clinton won't have to give a verbal deposition in response to a FOIA request from Judicial Watch.
SHOW TRANSCRIPT

Hillary Clinton will not have to give a verbal deposition on her personal email server — but she will have to answer a series of written questions about it.

A federal judge granted the conservative activist group Judicial Watch a partial victory in its ongoing Freedom of Information Act suit over Clinton's email use during her time as secretary of state.

Judge Emmet Sullivan said Judicial Watch should be able to ask Clinton questions about her emails, but he ruled that questioning doesn't need to happen in person. Sullivan did allow the group to depose a former IT official at the State Department.

Judicial Watch has until Oct. 14 to present Clinton with written questions. The judge gave Clinton 30 days to respond — so if Judicial Watch procrastinates, it's possible Clinton could delay answering the questions until after election day on Nov. 8.