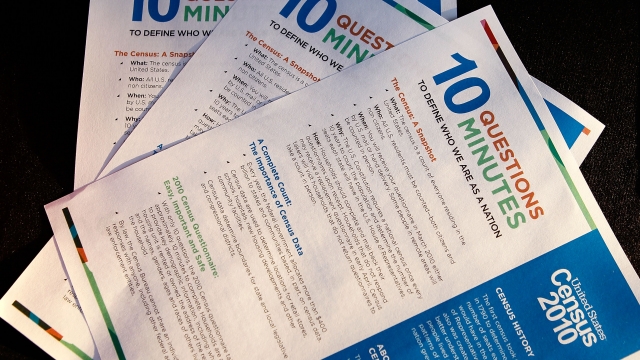 SMS
Federal Judge Declines To Ban Census Citizenship Question
By LeeAnne Lowry
By LeeAnne Lowry
February 10, 2019
One nonprofit's request for an injunction was denied, but at least six other lawsuits have challenged the question.
SHOW TRANSCRIPT

A federal judge has ruled that The U.S. Census Bureau can move forward with its controversial citizenship question for now.

The addition of a citizenship question to the census has been contested since it was introduced by Commerce Secretary Wilbur Ross last year. Critics say the question would discourage non-citizens from responding to the census.

A judge in New York ruled last month that a citizenship question would be "unlawful", and the solicitor general recently asked the Supreme Court to expedite a review of the case.

The group's argument was half right — the Census Bureau does have to do the assessment. But it doesn't necessarily have to complete it before deciding to put the question on the form. U.S. District Judge Dabney Friedrich dismissed the injunction on Friday, stating the bureau only has to complete the assessment by the time it actually collects data.

At least six other lawsuits have challenged the citizenship question, and two of them will hear closing arguments later this month.