Judge Rules Against Proposal To Add Citizenship Question To Census 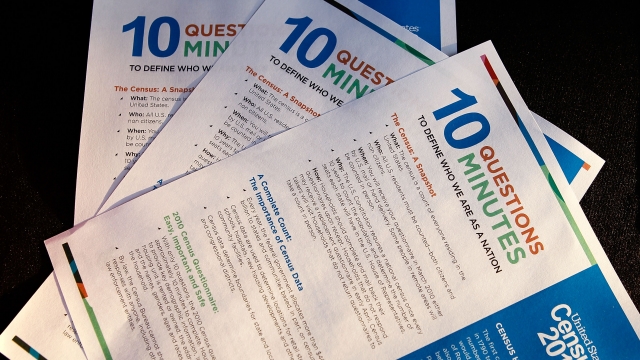 A federal judge in New York ruled against the Trump administration's plan to bring back a citizenship question into the 2020 census, calling it "unlawful."

On Tuesday, U.S. District Judge Jesse Furman said even though the proposal does not violate the Constitution, it's unlawful for many reasons. Since the Census counts every resident, not just U.S. citizens, critics say it would discourage non-citizens from participating in the Census, which is used to determine the number of congressional seats each state has, as well as where some federal funds go.

The Justice Department said it wanted to add the question to get better data on the voting age population to help enforce the Voting Rights Act. Supporters say adding the question is just common sense. Commerce Secretary Wilbur Ross, who oversees the Census Bureau, has already approved the question.

In his opinion, Furman said the government used to collect data about people's citizenship status in every Census between 1820 and 1950 — with the exception of the year 1840. The government stopped asking in 1960 because the Census Bureau felt it would decrease the number accounted for "hard-to-count groups" like non-citizens and Hispanics.

Furman also pointed out he expects this fight will continue. The government will likely appeal to the 2nd U.S. Circuit Court of Appeals, and if it fails there, the Supreme Court.