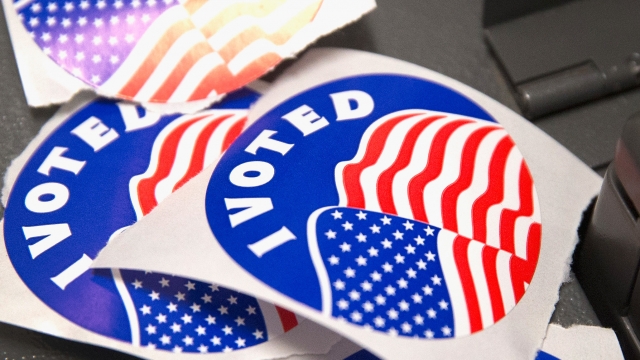 A judge ruled 17-year-olds in Ohio can indeed vote in Tuesday's presidential primary. It sounds weird, but bear with us.

Ohio law allows anyone who will turn 18 between primary voting and the general election in November to vote in primaries. Ohio Secretary of State Jon Husted interpreted that law to somehow exclude presidential primaries, a departure from the 2008 primary.

Husted concluded the not-quite-18-year-olds can nominate candidates but can't elect delegates to political party conventions, which is what happens during the primary season.

But a judge disagreed Friday, siding with the plaintiffs, a group of 17-year-olds that filed a lawsuit in Ohio. A similar federal lawsuit by presidential candidate Bernie Sanders is still outstanding.

"If you engage young people in the political process, if they vote when they're young, there is a strong likelihood they will continue to vote," Sanders told the media during the announcement of the lawsuit.

Sanders definitely has a vested interest in getting more young people to the polls Tuesday. He's been clobbering Hillary Clinton with the youth vote since February. In Michigan, a state pretty similar to Ohio, Sanders won 18- to 24-year-olds with 85 percent of the vote.

According to The Washington Post, Sanders said he was "delighted" with the Ohio judge's ruling. The Secretary of State's Office released a statement Friday that said, "We will not proceed with an appeal on this decision and I will direct all county boards of elections later this evening to comply with the court order."