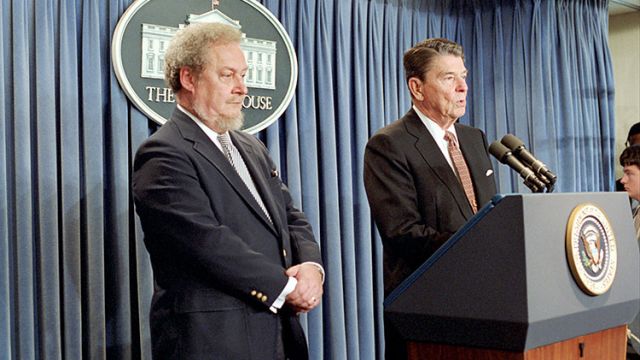 Supreme Court nominees tend to walk on eggshells during these hearings, and they've been doing so for decades. That's at least partly because of former United States Court of Appeals Judge Robert Bork.

Bork was nominated for the Supreme Court by President Ronald Reagan back in 1987, and he was ultimately rejected by a Democrat-controlled U.S. Senate. But the events that led to his rejection changed the nomination process forever. And now, the strategy even carries his name.

The Oxford dictionary defines "bork" as obstructing "(someone, especially a candidate for public office) by systematically defaming or vilifying them."

"In Bork's America, there is no room at the inn for blacks and no place in the Constitution for women. And in our America, there should be no seat on the Supreme Court for Robert Bork," Sen. Ted Kennedy said in 1987 during Bork's confirmation hearing.

The term "bork" was coined by Republicans shortly after Bork's nomination was defeated.

"The tactics and techniques of national political campaigns have been unleashed on the process of confirming judges," Reagan said after Bork's nomination rejection. 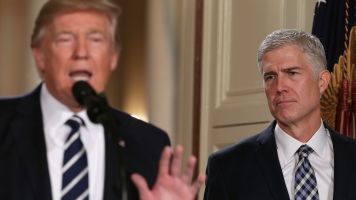 Prior to the nomination, Bork had written an article opposing the 1964 civil rights law that required businesses to serve people of all races. He also opposed Supreme Court decisions on gender equality.

Bork's well-known controversial views on civil rights, gender equality and other political issues were all questioned during his nomination, and he answered the questions candidly.

But more importantly, political observers will tell you Supreme Court nominees have since avoided expressing opinions on current law, leaving only their past court rulings as indications of what they may do in the future.