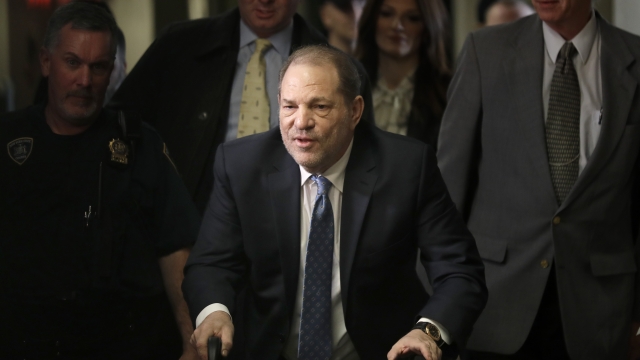 A federal judge has rejected a $25 million settlement between Harvey Weinstein and dozens of his accusers.

Weinstein was convicted of sex crimes in February, but those convictions only addressed crimes against two accusers. The settlement covers many other alleged victims who still want legal action.

But at a hearing on Tuesday, U.S. District Court Judge Alvin Hellerstein questioned whether a deal proposed in December is fair.

He argued that the experiences of the accusers were too varied to be grouped together in a class-action settlement. And he said it is "obnoxious" that millions in settlement funds would go to some of Weinstein's company board members, his brother Bob Weinstein and for legal fees. The deal would have provided between $7,500 and $750,000 to women who say Weinstein abused them.

The proposal has been controversial because it leaves Weinstein off the hook for paying his accusers himself. Instead, the payouts would come from his insurance company. Several of the accusers filed objections leading up to Tuesday's hearing.

New York's Attorney General Letitia James, who had negotiated the settlement, said, “Our office has been fighting tirelessly to provide these brave women with the justice they are owed and will continue to do so.”