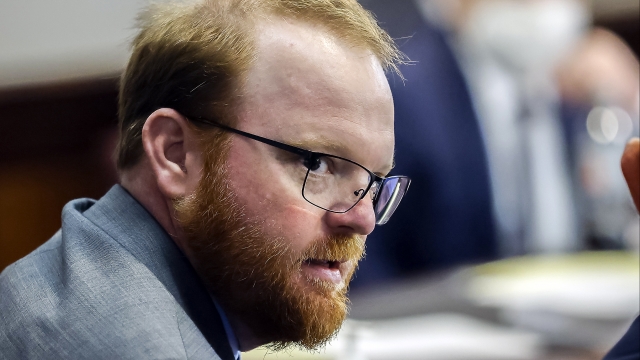 SMS
Federal Judge Rejects Plea Deal For Man Who Killed Ahmaud Arbery
By Jamal Andress
By Jamal Andress
January 31, 2022
The judge gave Travis McMichael and his father until Friday to decide if they will move ahead with pleading guilty.

On Monday, a federal court judge rejected a potential plea agreement between federal prosecutors and Travis McMichael for federal hate crime charges in the murder of Ahmaud Arbery.

This comes less than a month after Travis and Greg McMichael were sentenced to life in prison on a state charge for chasing and killing Arbery, a Black man,  as he jogged through a Georgia neighborhood in 2020.

In the afternoon hearing Monday, U.S. prosecutors announced that in exchange for their guilty plea on the hate crimes, the two White men could spend the first 30 years of their life sentence in a federal prison facility rather than a state prison.

During the hearing, prosecutors briefly called two witnesses and laid out their case against the father and son.

FBI agent Scott Barnes said the social media of Travis McMichael, the son. featured “frequent use of racial slurs” including referring to Black people as ‘monkeys’ and using the n-word.

Wanda Cooper-Jones, Ahmaud Arbery’s mother, voiced her opposition to the plea agreement, telling the judge,"It is not fair to take away the victory I prayed and fought for… granting these men their preferred condition of confinement would give them one last chance to spit in my face after murdering my son."

After hearing from the family and U.S. prosecutors, Judge Lisa Wood denied the terms of the plea agreement and gave prosecutors and the defendants 48 hours to decide how to move forward.