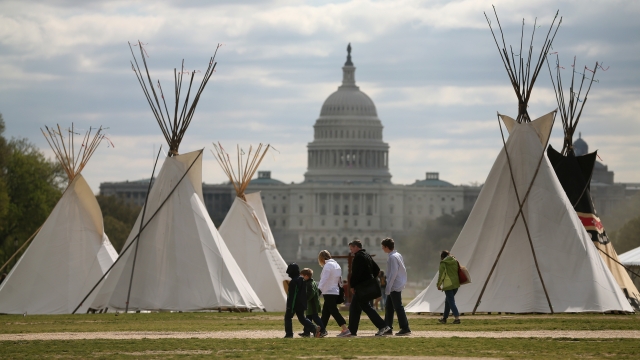 Native American tribes and activists will be able to keep their lawsuits against the Trump administration for approving the Keystone XL pipeline, after a federal judge rejected a bid to throw the lawsuits out.

On Friday, U.S. District Judge Brian Morris decided to let the lawsuits stand. He expressed some doubt over the Trump administration's claims that it had total control of the project, and said the Native American tribes whose land the pipeline would disrupt have valid claims that the approval of it would violate their treaty rights.

In a statement, an attorney for the Native American Rights Fund reiterated that. They said, "Of course, the treaties were agreed to by the president of the United States and ratified by the Senate, so the treaties clearly apply. The court rightly found that today."

In October, the Keystone pipeline, which is based in North Dakota, leaked nearly 400,000 gallons of oil into surrounding wetlands. The Keystone XL pipeline, which would stretch from North Dakota to Canada, has been a protested item for more than a decade. It would reportedly transport around 830,000 barrels of crude oil daily.

While Judge Morris ruled that the tribes and environmentalists can proceed with their lawsuits, he did not grant a preliminary injunction to stop work on the pipeline, as that is scheduled for next spring.

Moving forward, the Native American Rights Fund says it's looking forward to "holding the Trump Administration and TransCanada accountable to the Tribes and the applicable laws that must be followed."