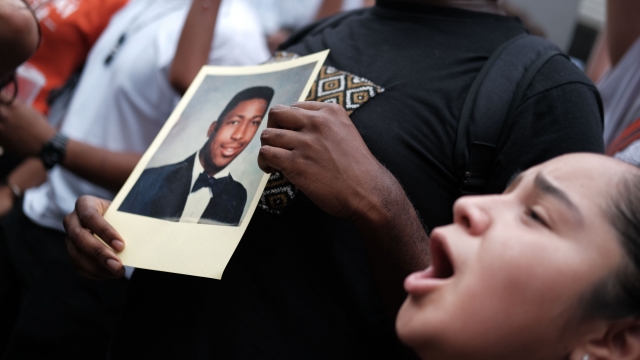 A New York Police Department administrative judge recommended on Friday that Officer Daniel Pantaleo be terminated from the NYPD. Pantaleo put Garner in a chokehold while trying to arrest him. A medical examiner said the chokehold contributed to Garner's death.

Shortly after the recommendation was released, the NYPD suspended Pantaleo while the department waits for New York Police Commissioner James O'Neill to make a final decision.

"This has been a long battle. Five years too long and finally somebody has said that there's some information that this cop has done something wrong. We've waited five years. CCRB has made the recommendation. Commissioner O'Neill, fire Pantaleo, that's all we asking," Garner's daughter, Emerald Garner Snipes said.

The city's Civilian Complaint Review Board also urged Commissioner O'Neill to uphold the verdict, saying the decision confirms "Pantaleo committed misconduct ... and his actions caused the death of Eric Garner."

But the Police Benevolent Association of the City of New York called the judge's recommendation, "Pure Political Insanity." The union says it sends the message to officers that, "We are expendable, and we cannot expect any support from the city we protect."

Commissioner O'Neill is expected to make his decision this month.