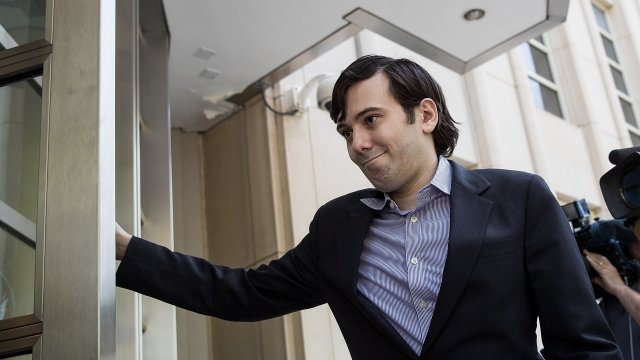 A judge revoked Martin Shkreli's bail, sending him to jail for months.

He was out on bail, but federal prosecutors wanted it revoked. They said Shkreli was a danger to the community after he offered $5,000 to anyone who could grab one of Hillary Clinton's hairs.

Prosecutors said it was part of an "escalating pattern of violence against women" and that Shkreli also threatened political pundit Ana Kasparian, and Twitter suspended him after he harassed journalist Lauren Duca.

Shkreli apologized, saying he "used poor judgment" and asked the judge not to change his bail status.

Shkreli will stay in jail until Jan. 16 when he's sentenced for his prior convictions. They carry a maximum of 20 years in prison, though experts predict the actual sentence will likely be much less.