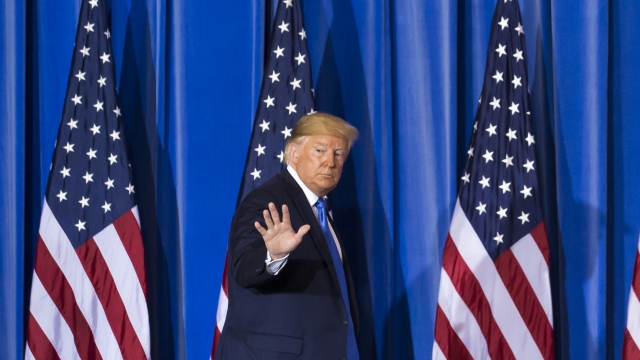 SMS
Judge Pauses Democrats' Subpoenas Of Trump Organization Documents
By Alec Larson
By Alec Larson
July 20, 2019
The federal judge made the ruling shortly after an appeals court said it would hear the emoluments case before the Democrats collect evidence.
SHOW TRANSCRIPT

On Friday, a federal judge suspended House Democrats' subpoenas of financial records from the Trump Organization, just 10 days before the records were due to be produced.

Judge Emmet Sullivan made the ruling shortly after a US Court of Appeals said that it would hear the emoluments case before the Democrats obtain evidence. Democrats say they want to know whether Trump is illegally profiting from foreign governments while in office.

Some 37 subpoenas have been sent seeking financial information about Trump Tower, Mar-a-Lago and other Trump properties with a due date of July 29.

The legal battle surrounds whether or not the President's private businesses constitute violations of the Constitution’s ban on foreign gifts or payments, otherwise known as the emoluments clause.