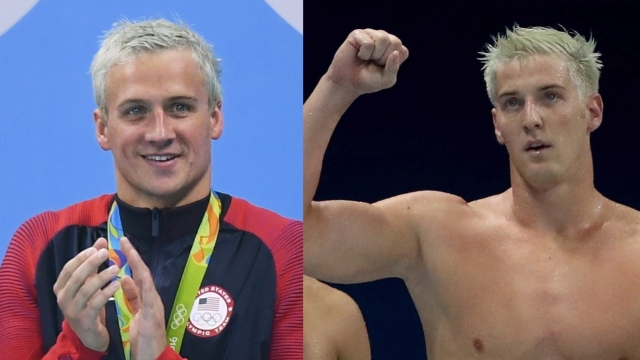 The order comes as police investigate the swimmers' claims that they were robbed.

A Brazilian judge has ordered American swimmers Ryan Lochte and James Feigen to not leave the country.

But that could be a problem since Lochte is already back in the U.S. As of Wednesday morning, it was unclear if Feigen had also returned home.

The news — which broke Wednesday — comes after Lochte, Feigen and two other American swimmers said they were robbed at gunpoint in Rio de Janeiro early Sunday.

SEE MORE: Another Headache For Olympic Organizers: Volunteers Are Quitting

According to CNN, the judge issued a search and seizure warrant to get the swimmers' passports.

A spokesperson with the U.S. Olympic Committee told the outlet that law enforcement didn't try to detain anyone at the Olympic Village on Wednesday. But he did say police had more questions.

SEE MORE: This Is One Of The Most Fascinating Olympic Athletes In Rio

The Daily Mail recently published video of what appears to be Lochte and the three other swimmers returning to the Olympic Village supposedly after they had been robbed.

Wednesday was a busy day for law enforcement in Rio. Officers also arrested the head of the European Olympic Committees after he was accused of being involved in a ticket scalping scheme.